Little has changed in the production of Shio-Katsuo since it was developed, which dates back more than 1300 years in the Tago area. 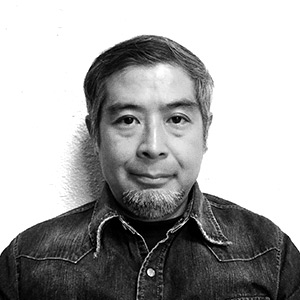 Yasuhisa Serizawa belongs to the fifth generation of Kanesha, which dates back to 1882 and still upholds traditional methods to ensure a delicious product, preserving the heritage of his region, Nishiizu.

Katsuobushi is the process of drying, fermenting and smoking fillets of slip-jack tuna. It is a very important ingredient in Japanese cuisine. In the area of Tago Nishiizu, it is called Tago-Bushi. The best quality Tago-Bushi, referred to as “Hongare Tago-Bushi”, requires more than six months to produce.

Shio Katsuo is made with the whole fish. It is heavily salted over two weeks. The bellies of the fish are then opened with bamboo skewers and the fish are tied together and hung in pairs, in a shady area, for about three weeks to dry. It is then eaten thinly sliced, lightly toasted or marinated in vinegar or lemon and is often paired with sake. People began producing shio-katsuo, in Nishiizu, during the Edo period (1603 – 1868). Since these times people have been eating it as a sacred food offering to God. It was also used as a currency in paying taxes.

There is a threat that the tradition of Shio-Katsuo will be lost forever. Currently only 800 fish are processed per year by a handful of producers, many of whom are in their 60s. Hoping to encourage young people to continue the tradition, Yasuhisa Serizawa visits schools and events in surrounding areas, promoting Tago-Bushi. People are given the chance to taste a little of the history of Nishiizu and learn of the importance of Tago-Bushi to its heritage.

Traditionally Shio-katsuo was eaten as an offering for the God and a part of the New Year’s celebration, where it would be displayed in front of houses or in shrines in the hopes of a good fishing season and luck.

Katsuo is a fish with high amount of omega-3, an essential fatty acid that has been found to be anti-inflammatory and beneficial for cardiovascular and mental health.