“Hunters play a role in protecting nature and the environment… I would never hunt for fur or some antiquated idea of masculine vanity.” 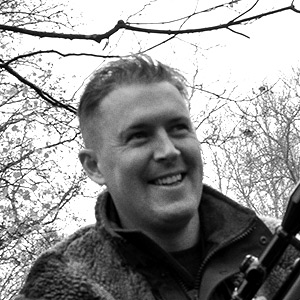 Born into a hunting family in the southern region of Blekinge, Lalla was introduced to hunting as a child, but the main reason he continues to hunt is because that the meat is "clean", and with that he refers to the life of the animal.

In Sweden there is a lot of ceremony around moose hunting. A hunting calendar dictates the hunting season, shaped around lifecycle patterns and populations of each species. The moose hunt happens during the autumn months and each licensed hunter or hunting team receives permission for a certain number of moose they are allowed to take per year. The moose hunt is commonly carried out with dogs and in teams. Moose is able to detect hunters at 100m away, therefore the wind direction is crucial for the animal not to detect the hunter. As respect to the hunting tradition, moose is not to be shot after one hour before sundown.

There's a lot of ceremony around moose hunting. The start of the moose season is quite festive in rural areas and the children of some hunters are encouraged to skip school in order to join their parents on the traditional hunt. People take the hunt quite seriously at the beginning of the season, but over the months it becomes more leisurely. After a hunt, the hunters meet to cook and tell stories together.

There have been social political movements trying to outlaw hunting, claiming that it is immoral. However, Lalla believes that it is immoral to purchase and eat store-bought meat of an animal that spent its life in chains and had a significant strain on the environment by being raised in artificial confines. Game meat is leaner and healthier than domesticated livestock, free of injected hormones, antibiotics and steroids. It is a local and sustainable protein source if responsibly hunted.

Wild meat such as wild moose has not being exposed to medications or antibiotics. It is very high in protein and iron, an essential nutrient needed to prevent anemia.